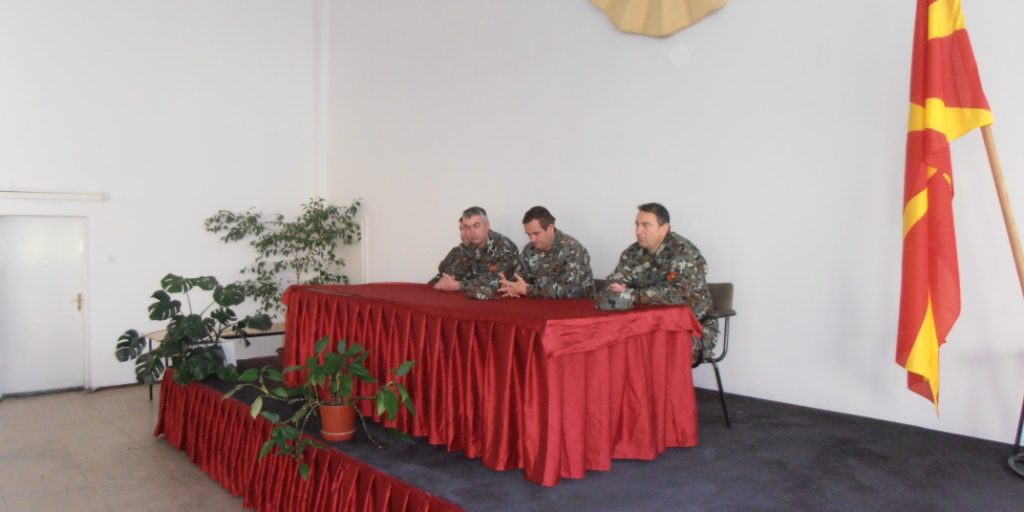 Yesterday, on the 26th of February, there was Combat Staff NCO Course Closing Ceremony at the Individual Training Center (ITC) in the Training Command and Doctrine. Combat Staff NCO Course started on the 28th of January, with 18 NCOs from all ARM units. This course gave the NCOs an opportunity to train working in a battalion – brigade staff. At the closing ceremony, major Oliver Veleski talked to them on the behalf of the ITC Commander.

During the course the participants were familiarized with battalion – brigade staff organization as well as, were able to learn about functional duties and responsibilities of staff NCOs. Additionally, they learned about NCOs’ role in the military decision making process in a battalion – brigade.

With completing Combat Staff Course, the NCOs expanded their knowledge in order to adapt to their new responsibilities. The participants were presented certificates at the closing ceremony by major Oliver Veleski on the behalf of the ITC Commander.