You are here:
SPECIAL OPERATIONS REGIMENT 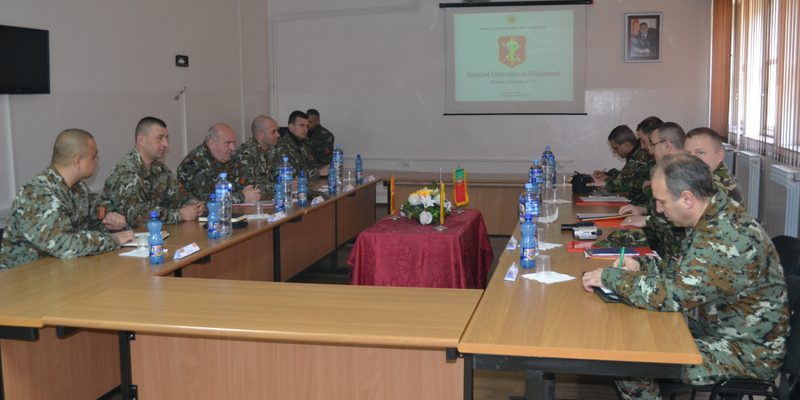 On February 19, 2014 in Special Operations Regiment visit according the “Vienna Agreement” was conducted.
Inspection team was composed of two representatives of the Romanian forces and a representative of the Armed Forces of Portugal led by Colonel Tomislav Rizeski from the department for verification and control arms of the Department for International Cooperation of Republic MO.

Inspection team was welcomed by Deputy Commander Colonel Orce Jordev and part of the command who welcomed the guests and wish them a pleasant stay in the unit and the barrack “Ilinden”.

Under the planned agenda, the Special Operations Regiment before inspection team conducted a briefing on the organizational structure, formation, history of the unit with its location and mission of the unit. After the completion of briefing inspection team visited several facilities in the barracks “Ilinden” and also took the opportunity to visit the open day which was realized that day.