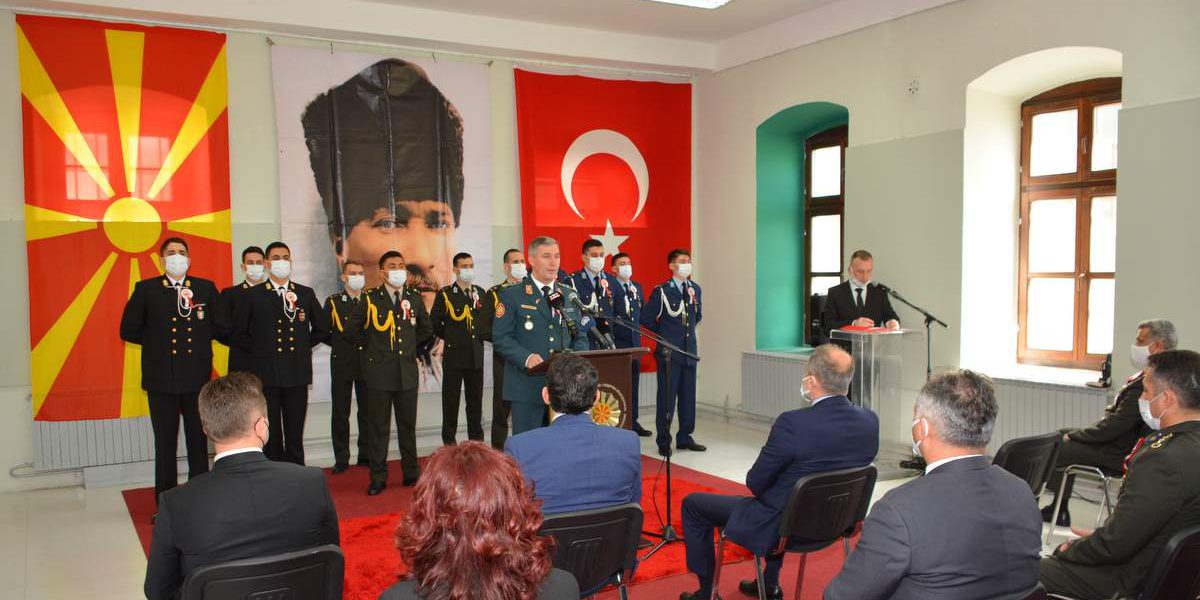 The Deputy Chief of General Staff (DCGS), Major General Azim Nuredin participated and addressed the audience at the ceremony marking the 122nd anniversary from the graduation of Mustafa Kemal Ataturk, which was held at the NI Bitola Museum.

The traditional commemoration of Mustafa Kemal Ataturk’s graduation from the Military High School in Bitola was marked this year in compliance with COVID-19 protocols. Senior military officials and cadets from the military schools of the Republic of Turkey Armed Forces, with whom the Army of the Republic of North Macedonia has excellent cooperation, attended the ceremony.

In his address to the audience at the ceremony, the Army DCGS emphasized the importance of this historic figure by quoting a part of the UNESCO Resolution dedicated to Ataturk, where it was emphasized that the persons who worked on understanding and cooperation between nations and international peace will be an example for future generations.

“The Republic of North Macedonia has always had a strategic ally and a great friend in the country of Mustafa Kemal Ataturk. It is a country with which we share similar values and strive for mutual, prosperous future, especially now as a NATO member, we have the opportunity to deepen this cooperation even more,” stated General Nuredin in his speech.