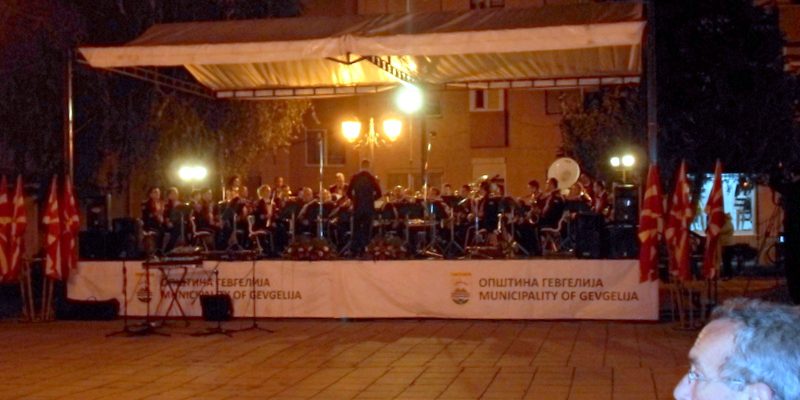 Last night, 24 September 2014, the Military Orchestra of ARM performed in front of the citizens of Gevgelija for the first time. The concert was held on the town square in Gevgelija and attended by about six hundred people. The audience really enjoyed the hour-long concert of the Orchestra, which played music form movies. The citizens of Gevgelija were especially thrilled by the weapons handling presentation called the “EGZIRCIR”, conducted by the members of the Ceremonial Guard Battalion before the concert.

Last night’s promotional concert of the Military Orchestra in Gevgelija is the third of the planned concerts in 2014, in the frameworks of the project of bringing the ARM closer to the citizens of the Republic of Macedonia. This is an excellent opportunity to strengthen the cooperation between ARM and the local government in the country, especially in towns without ARM garrisons.

Activities of the Army for Commemorating 2nd August – the Day of the Republic
03.08.2022