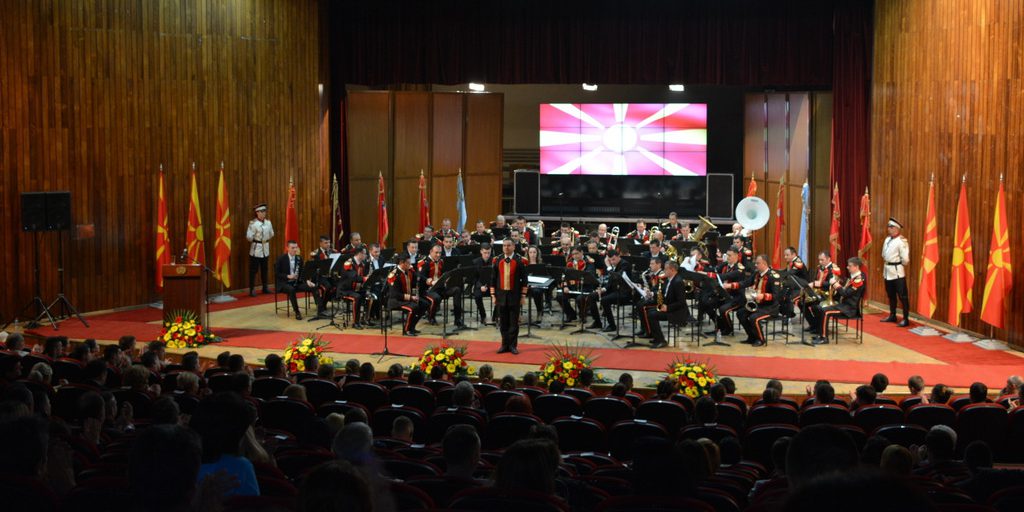 ARM Military Orchestra held a significant concert of military music in the Army House in Skopje, as part of activities to mark the 25 years since the establishment of the Army of Republic of Macedonia.

As many times before the Military Orchestra, part of the Ceremonial Guard Battalion, played compositions of famous domestic and foreign authors, as well as new original ceremonial music and marches chosen from a competition organized by the Ministry of Defense.

Besides playing military ceremonial music, which was a competitive performance and the winning compositions were chosen, the Military Orchestra performed marches from world famous composers like Pyotr Ilyich Tchaikovsky, John Philip Sousa, Johann Strauss and John Williams, already part of their repertoire.

The Military Orchestra in collaboration with the local governments has held numerous concerts throughout the Republic of Macedonia, as well as several solo concerts in the capital of Macedonia.

Over the last year they performed in Bosnia and Herzegovina, Serbia and Bulgaria, and represented internationally the Army of the Republic of Macedonia with dignity.