Handover of Duty Commander of the Ceremonial Guard Battalion 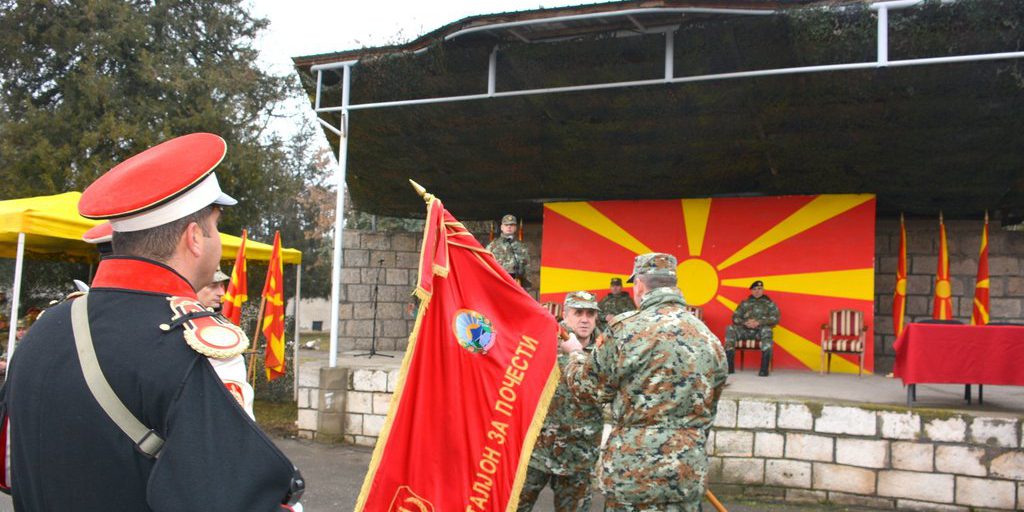 In his speech, the Chief of the General Staff of the ARM, Major General Vasko Gjurchinovski pointed out that due to the recognized and continuous participation of the Ceremonial Guard Battalion in the most important state activities, all citizens of the Republic of Macedonia should feel proud, not only the members of the Army.

During the speech, the outgoing Commander, Lieutenant Colonel Ivan Atanasovski expressed gratitude to all members because with their expertise, dedication and honest work boldly contribute to the goal of the Ceremonial Guard Battalion to achieve its mission.

The newly appointed Commander, Lieutenant Colonel Darko Stojkoski expressed his gratitude for the given opportunity and trust being assigned to this position and promised that he will devote his dedication and enthusiasm to maintain the positive achievements of the CGB.

At the end of the ceremony, there was an official handover of the unit flag between the outgoing and the newly appointed commander of the CGB.