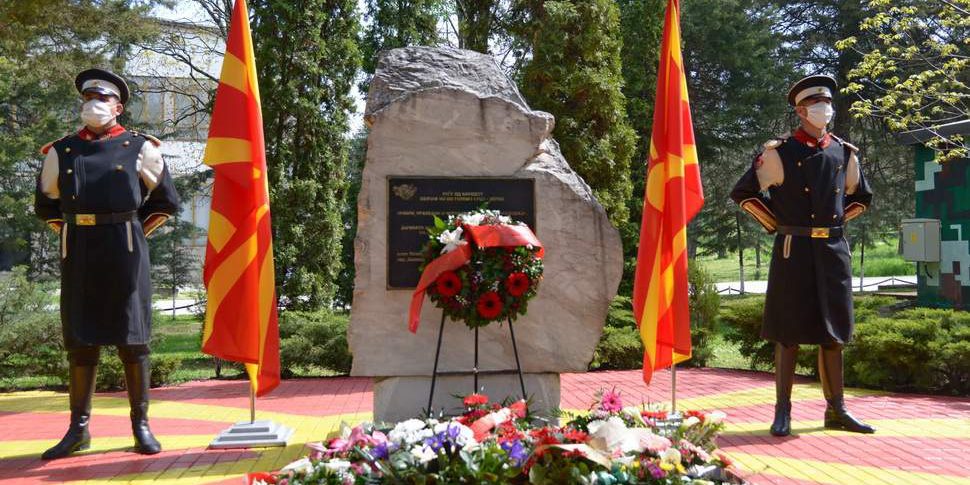 On the twentieth anniversary of the tragic death of Army members at Vejce, four members of the Special Forces Battalion were paid tributes by laying fresh flowers at the memorial in front of the unit in the “Ilinden” barracks.

In honor of the perished ones, Robert Petkovski, Boban Trajkovski, Mile Janevski and Igor Kosteski, garlands of fresh flowers were laid by the Defense Minister Radmila Sekerinska, the Chief of General Staff of the Army – Lieutenant General Vasko Gjurchinovski, Special Forces Battalion delegations and Commands of the Army units, the Ministry of Interior (MOI), family members and others.

In memory of the unit members and their unforgettable, premature death, the commander of the Special Forces Battalion, Lieutenant Oliver Zarioski held a speech in front of the people who were present.

On this day in 2001, eight members of the Special Forces lost their lives in Tetovo, four of them were from the ranks of the Army and the other four from the MOI composition.