The Chief of General Staff of the Army, Lieutenant General Vasko Gjurchinovski had a Farewell Meeting with the Chief of NATO Liaison Office, Colonel Zoran Jankovic 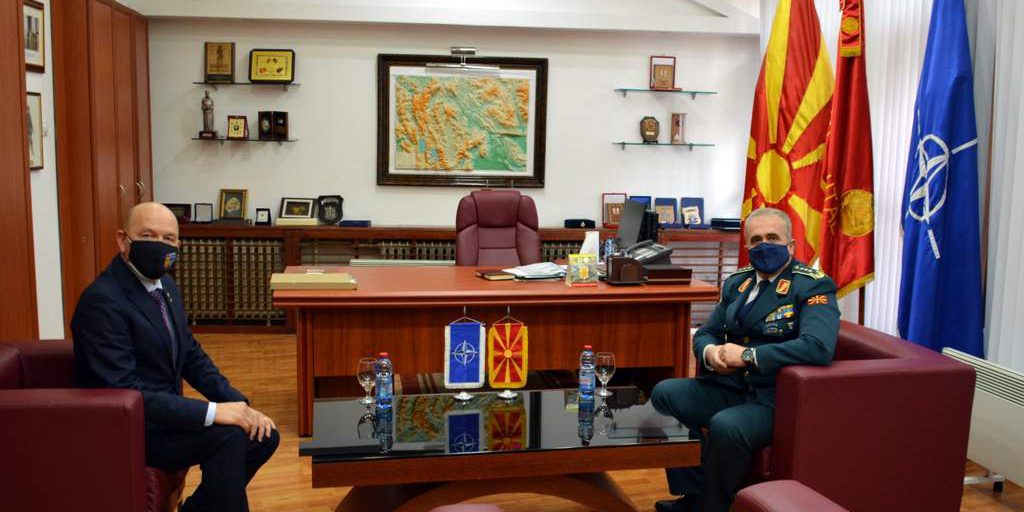 The Chief of General Staff of the Army, Lieutenant General Vasko Gjurchinovski today had a farewell meeting with Colonel Zoran Jankovic, Chief of the NATO liaison office which a year after the full membership of Republic of North Macedonia in the Alliance successfully completes its counseling mission in the country.

Lieutenant General Gjurchinovski thanked Colonel Jankovic for his engagement so far, putting accent on the limitless support, the counseling role and the importance which the NATO liaison office continuously had in the coordination of the activities with NATO for achieving our strategic goal.

At the meeting, the interlocutors discussed the future activities which are in front of the Army of Republic of North Macedonia in the NATO Alliance, the current transformation and the modernization in order to achieve full integration in all segments of NATO.

The NATO liaison office in Republic of North Macedonia exists from Aprill 2002, while in the current form functions from April 2012. The mission of the office was advisory regarding the military aspect of the reforms which are undertaken in the Ministry of Defense and the Army of Republic of North Macedonia, and also support of the NATO joint operations on the Balkans.

With the marking of one year of the full membership of Republic of North Macedonia in NATO, the liaison office ceased functioning given our direct participation in all NATO activities, both politically and militarily.