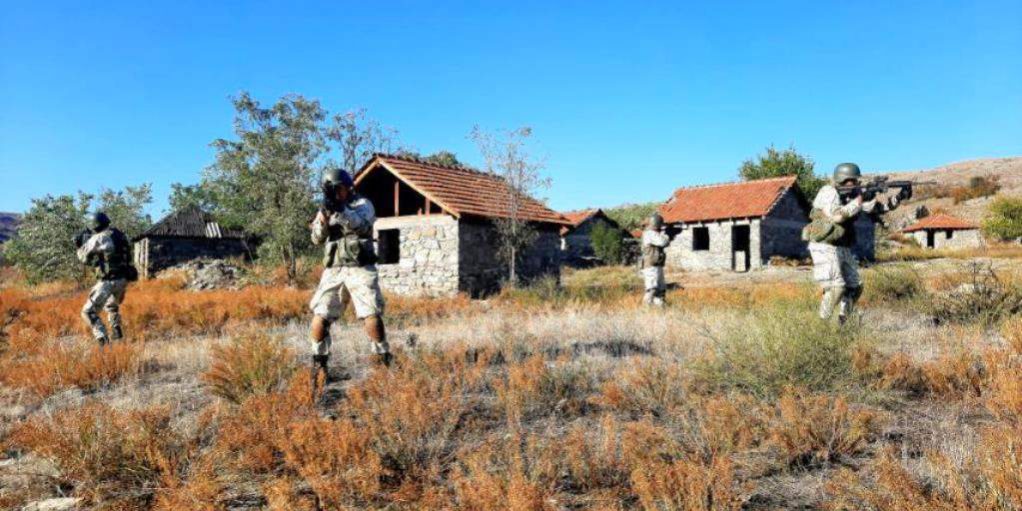 In the past four weeks, members of the 3rd Infantry Company (3 ICo) of the 2nd Infantry Battalion (2 IBn) have successfully completed training in accordance with NATO standards and procedures with a mobile training team from the Armed Forces of the United Kingdom.

During the realization of the training, the focus was a proper application of tactics, techniques and procedures at individual, team and department level when performing peace operations tasks. Offensive and defensive actions, as well as stabilization operations were successfully realized, thus the personnel learnt and practiced new methods and procedures.

The end of the training at ATA Krivolak was attended by Brigadier General John Bowron, the advisor for transformation from the UK Armed Forces to the Ministry of Defense, the Commander of the 1st Infantry Brigade, Colonel Sasko Lafchiski and the Commander of the 2nd Infantry Brigade, Lieutenant Colonel Stojance Kostov. The company commander informed them about the achievements during the training.

At the end of the briefing, a member of the UK mobile training team gave a brief presentation on the individual equipment used by members of the British Army, as well as sleeping bags for various weather conditions, which were recently donated by the UK to the declared unit.

As a sign of gratitude for the engagement so far, the members of the mobile training team were awarded “Certificates for participation and contribution in the training” by the commander of the 1st Brigade.