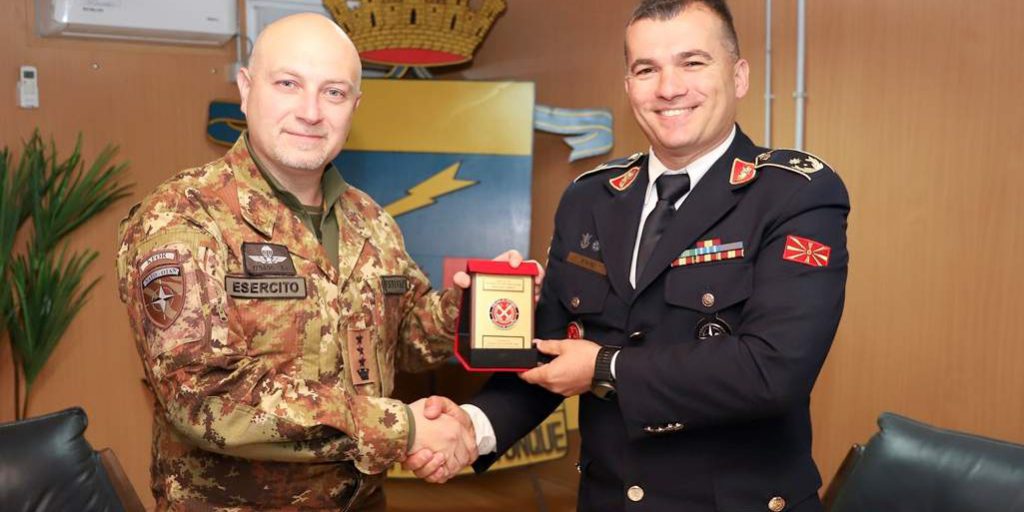 Brigadier General, Emini met with the Deputy Commander of the Kosovo Security Force, Major General Enver Cikaci, and the Commander of the KFOR Regional Command West, Colonel Andrea Bertazzo. During the visit, a meeting was held with members of the Army of the Republic of North Macedonia part of the KFOR peacekeeping operation in Pekj.