Celebrating the Day of the Unit – 26th February 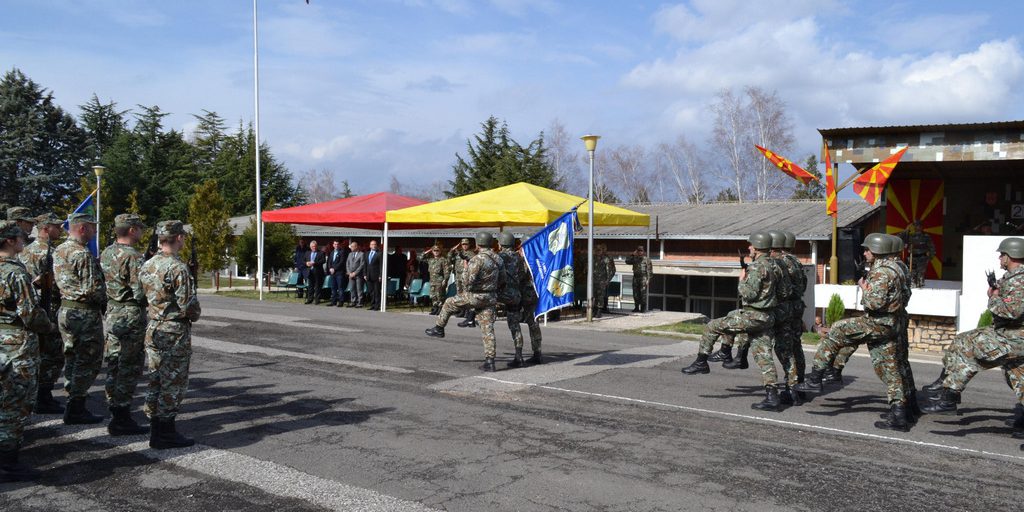 At the barracks “Boro Menkov” in Kumanovo the service personnel from the 1st Mechanised Infantry Battalion (1st MIBn) marked the Day of the Unit -26th February.

By a decree of the President of the Republic of Macedonia and Supreme Commander of the Armed Forces, Dr Gjorge Ivanov, 26th February is set as the Day of the 1st Mechanised Infantry Battalion, a date which also marks significant historic events associated with establishing of the 3rd Macedonian Assault Brigade, and along with other important events in the history ARM on which ARM traditions are based.

The Commander of the 1st MIBde, Brigadier General Zoran Mileski, addressing the guests, said that the unit would continue to foster the same traditions of the 3rd MABde, which had received three medals for the heroic deeds of its members and nine of the members of the brigade had become national heroes. He also said that the members of the 1st MIBn, due to their enthusiasm and skills are in fact a mobile and efficient battalion, ready to deal with the needs and the challenges of the current events, like the ongoing migrants crisis.

The Commander of the 1st MIBn Lieutenant Colonel Lulzim Nuredini gave a short overview of the historic development of the unit and highlighted that it was exceptional honour and duty to cherish the traditions of the 3rd MABde and he also added that he was proud of the soldiers` achievements, known for their devoted work.

On the occasion of the Day of the Unit, stimulative awards were given to the members and congratulation letters were read. In addition, based on criteria of the internal procedures that were undertaken, the best platoon of the battalion was chosen, and it received a cup and a flag for best unit.

On 23.02.2016, as part of the celebration, 1st MIBde Commander Brigadier
General Zoran Mileski, accompanied by command and staff members and the unit`s key personnel, visited the City Museum in Kumanovo and had the opportunity to see the documents and the flag of the Third Macedonian Assault Brigade, which were exhibited in the museum.

Also as a part of the celebration of the Day of the Unit, on 26th February a delegation from the unit laid fresh flowers in front of memorial plaque in village Zjegljane. The official celebration ended with a parade of some of the units of the battalion.