Members of 1 st InfBde on international military exercises in Germany 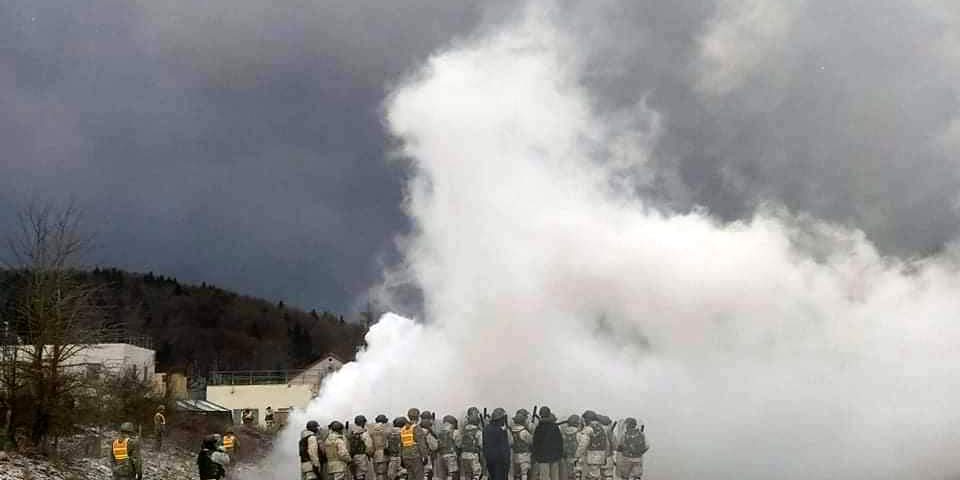 In the period between 17.02-09.03.2020, a platoon of the 2 nd Infantry Battalion (2 nd InfBn) within the 1 st Infantry Brigade (1 st InfBde) participated in an international military exercise “KFOR-27” in Hohenfels, the Federal Republic of Germany, with one platoon declared in the Light Infantry Combat Group (LICG).

Besides the participants from our Army, NATO and PfP member countries took part in this international military exercise. The exercise was aimed at enhancing interoperability when conducting peacekeeping operations.

The members of the 1 st InfBde, as many times before, have contributed to affirm and enhance the reputation of the Army on an international level among its NATO partners, with their professional and responsible conduct.

During the exercise, the platoon, along with the other participants in the exercise, took part in training on: crowd control and handling, cordon formation, handling open fire and attack with Molotov cocktails, patrolling, detecting and identifying EODs, patrol procedures when encountering EODs, flipped military vehicle procedures and media operation.

By participating in such international exercises the members of the 1st InfBn were enabled to practice procedures, techniques and tactics for completing tasks in peace support operations.