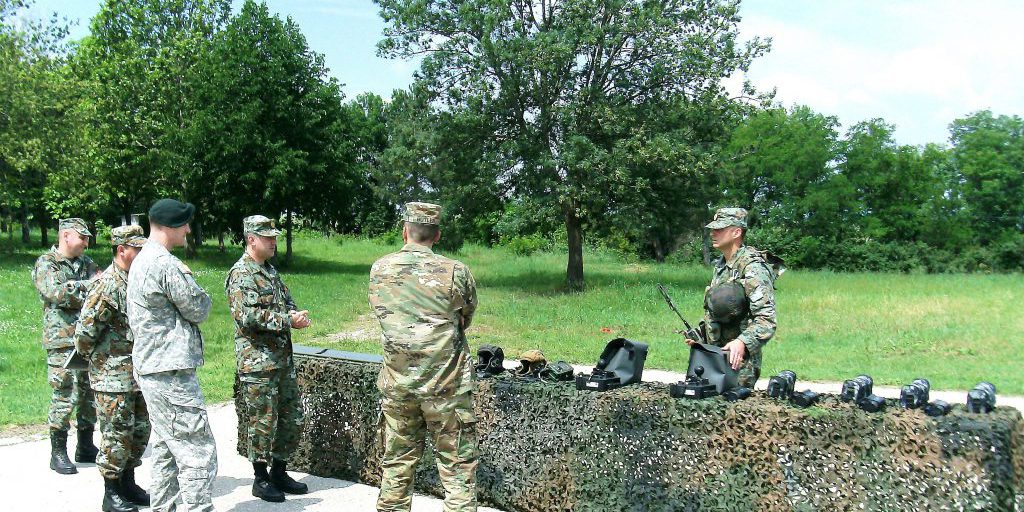 A delegation, led by the US Defence Attaché to the Republic of Macedonia, Colonel Thomas Butler visited the Engineer Battalion (EBn) and the Military Police Battalion (MPBn).

The aim of the visit was review of the cooperation so far between the US Armed Forces and the ARM units (education, training and equipment) and to look at possible areas of cooperation in the future.

The Army of the Republic of Macedonia was represented by service personnel from the Joint Operations Command, 1st MIBde, EBn and MPBn.

During the visit the members of the delegation were acquainted with the role, tasks, and mission of EBn and MPBn and they also had an opportunity to talk with members from the units who have attended military training courses, part of the programme for cooperation, and also with the command sergeant majors and first sergeants of the units.

The visit ended with a display of the equipment of the EBn and MPBn, which was donated by the USA.