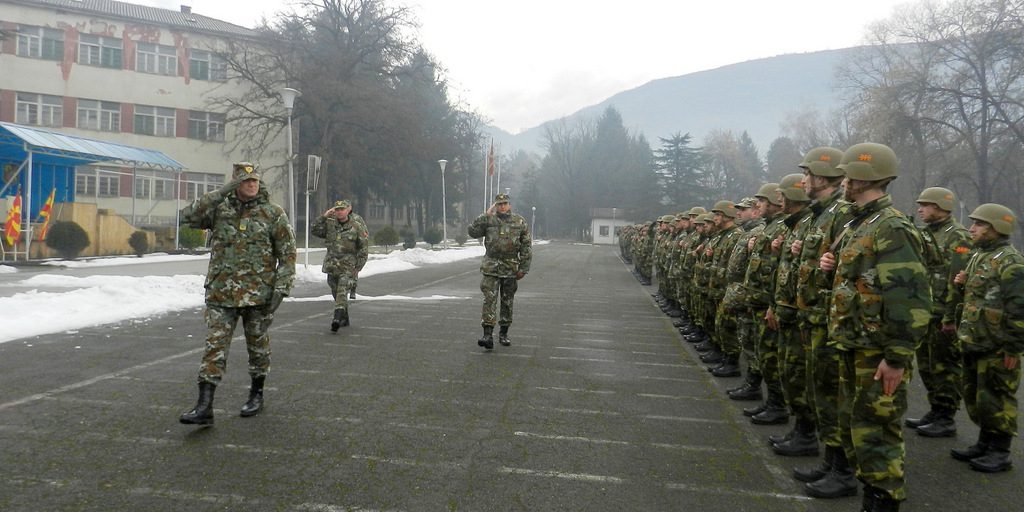 Starting from today, in barracks “Kuzman Josifovski-Pitu” in Tetovo commenced training of newly recruited professional soldiers. In the next six months they will be trained to perform the tasks necessary for the posts where they will be deployed.

Further in his speech he stressed the importance of training as a key factor for completion of assigned tasks and being a priority at work. At the end the young soldiers were told that they are the new power of ARM and they have to preserve the high rating of ARM in our society with dignity.

According to the plan in the next six months the training of the newly recruited professional soldiers will be implemented in the 3rd Mechanized Infantry Battalion in three phases: general military training, expert and specialist training and collective training. During the training soldiers’ psycho-physical readiness will be constantly raised, they will learn to shoot with personal and collective weapons in a day-night conditions. In addition, focus will be given to reach the required level of military-vocational training to carry out the essential tasks of the unit in which the new professional soldiers will be deployed. The goal is for them to be ready to deal with all the challenges in the future, alongside the professional soldiers who have been part of ARM for years.

At the end of the training evaluation will be carried out according to the following criteria: military-vocational capability, ability to shoot and physical capability of the soldiers. With this the overall training will be completed. The marks that the newly recruited professional soldiers receive will greatly affect their future career.