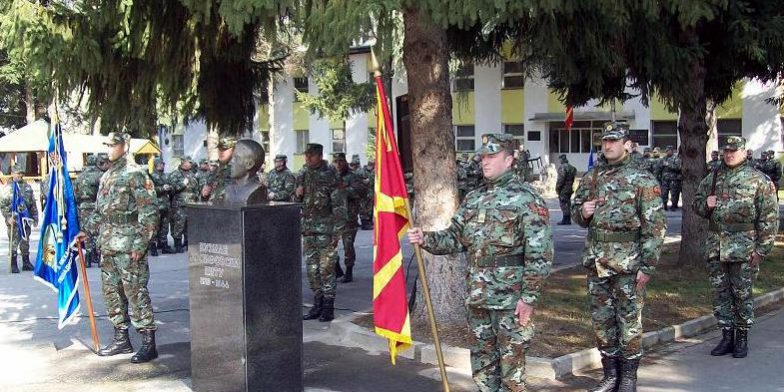 The ceremony, in addition to members of the third mechanized infantry battalion (3.mib ) from first Mechanized Infantry Brigade (1 MIB), numerous other guests were present, including representatives of local governments, religious groups, associations of citizens and NGOs.

“The Macedonian National Front should get decent Macedonians, regardless of the current orientation, ethnicity, religion and gender”, the hero’s words were final words for the presentation that was read today on ceremony in front of attending guests.

This was followed by a solemn speech by Commander of 3.mib, Intonation of the anthem of the Republic of Macedonia by the choir “Menada” and given tribute to hero with a minute of silence.

The ceremony ended with the laying fresh flowers at the bust of the national hero Kuzman Josifovski – Pitu.