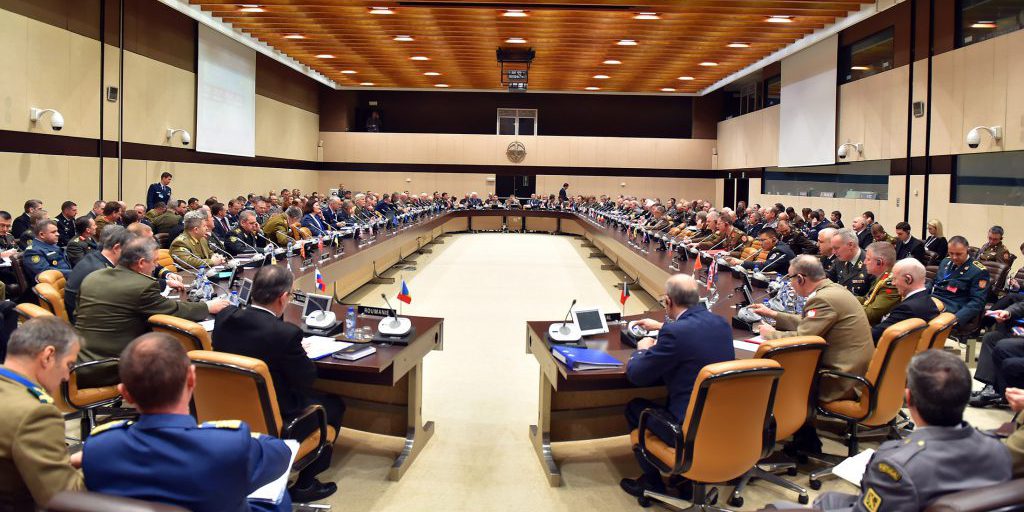 Macedonian Army Chief of Staff, Lieutenant ­General Metodija Velichkovski today participates in the meeting of the NATO Military Committee of Chiefs of Staff of nations contributing to “Decisive Support” Mission in Afghanistan, held at the NATO Headquarters in Brussels.

The focus of the meeting is to familiarize the Chiefs of General Staffs of the countries participating in the “Decisive Support” Mission in Afghanistan with the latest information related to the mission as well as with the latest achievements of the enhanced permanent partnership in Afghanistan.

The main theme of the meeting is the current security situation and review of the plans for realization of the mission “Decisive Support” and accompanying guidelines for action in 2016.

General Velichkovski, who participates in the NATO Military Committee meeting in such a format for the first time since his placement as Chief of General Staff, emphasized that the Macedonian Army remains committed to building peace and stability in Afghanistan by its active participation in the “Decisive Support” Mission in which the ARM participates with more staff officers and other military personnel.

At the conference, the Alliance once again expressed gratitude to the Republic of Macedonia and to the Macedonian Army for its two-year participation and its particular contribution to the mission “Decisive Support” in Afghanistan.

On the sidelines of the conference, General Velichkovski had several meetings with his counterparts from the armies of NATO and PfP.

The Military Committee meets twice a year at the NATO headquarters in Brussels, at the level of Chiefs of Defense when operations and missions of NATO are discussed in order to ensure consensus-based military advice on how the Alliance can best deal with global security challenges.