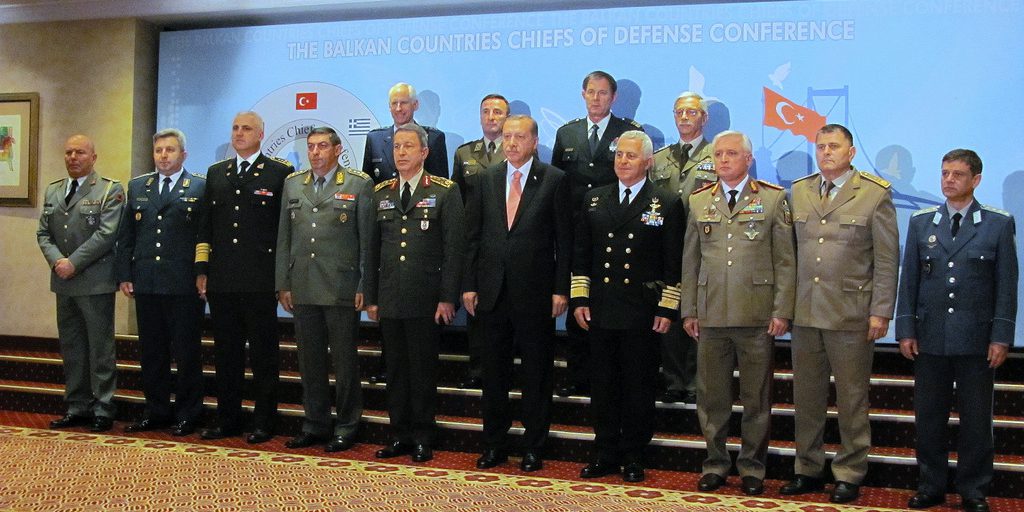 It was the tenth Balkan Countries Chiefs of Defense (CHODs) Conference which was held in Istanbul, Turkey and attended by nine Chiefs of Defense coming from nine Balkan countries including Albania, Bosnia and Herzegovina, Bulgaria, Greece, Macedonia, Romania, Serbia, Turkey and Montenegro.

General Velichkovski talked to his colleagues from Turkey, Slovenia, Croatia and Serbia during the forum. They discussed the opportunities, possibilities, ways and measures to strengthen their military cooperation.

One of the main issues they talked at the conference and their bilateral talks was the improvement of the regional military cooperation in order to face the challenges in 2016 influenced by illegal emigration, international terrorism, cyber threats and etc.

Other issues that were discussed included additional areas of cooperation such as “smart defense”, “unite and share”, “connected forces initiative”, improved cooperation with NATO, EU and other organizations which strengthen the interoperability and mutual effort among armed forces of the member countries at the forum, and improved international cooperation.

The Conference is organized as an annual forum which is held in a different host country through a rotating process. It represents a well designed mechanism for military cooperation, regional defense promotion of the member countries of the forum, as well as exchange of good ideas about military education, joint exercises and training, and finding actual and effective ways of further cooperation.