The ARM Chief of GS meets the Turkish Defence Attaché 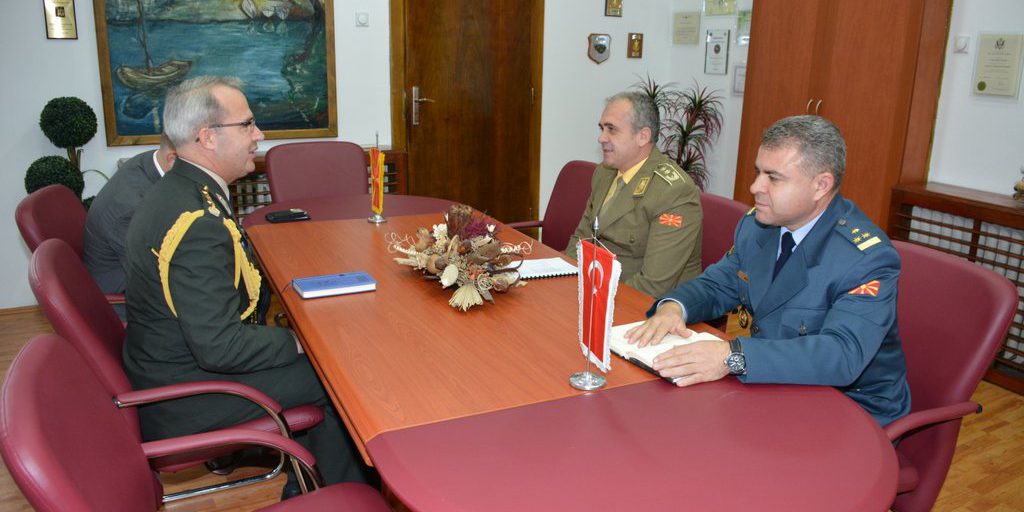 At the meeting, they talked about the cooperation between both armies and the possibilities of intensifying their efforts in the future within their needs and indicated necessities.

Further on, the Turkish Defence Attaché, Colonel Ürek met the ARM Deputy CGS, Major General Azim Nuredin, and they talked about details of current and future activities in their mutual cooperation.

The Republic of Turkey, as a NATO member country, right from the beginning has been utterly supporting Macedonia in the efforts to become a full-fledged NATO member.