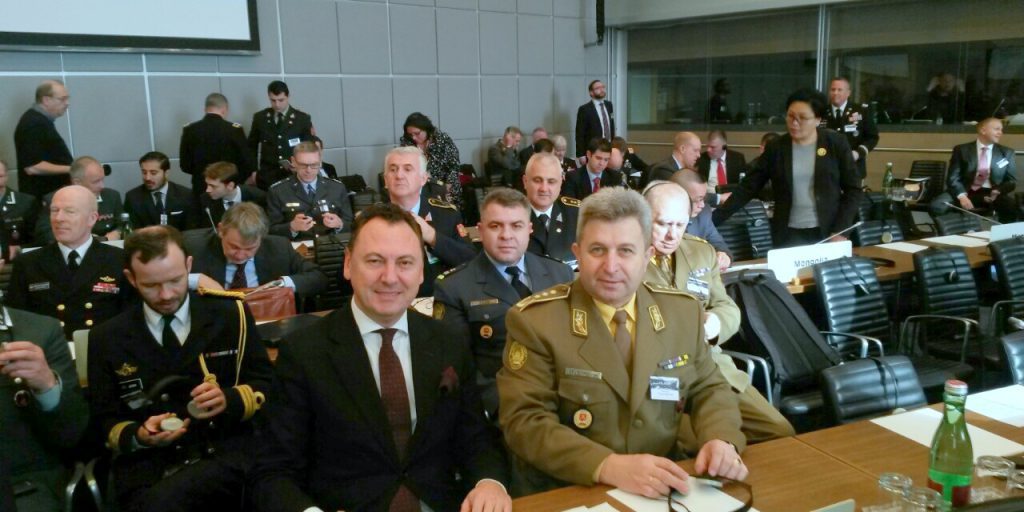 A delegation of the Army of Republic of Macedonia led by the Chief of General Staff of the ARM, Lieutenant General Metodija Velichkovski is attending a military doctrine seminar for high military officials from the OSCE member states, which is held today and tomorrow in Vienna, Austria.

The participation of the Macedonian high military delegation at this seminar is of a great importance because there is an opportunity for exchange of significant security information and data on current safety risks, which are present in the region and the world, with the other participants in the activity.

The seminar is attended by representatives of the OSCE member states, among which are Chiefs of GSs and other highest military leaders, as well as ambassadors and permanent diplomatic representatives at the OSCE headquarters in Vienna.

The seminar focuses on the changes in the military doctrine of the OSCE member states, their influence on the safety and security of the participant countries in the current security constellation.

In addition, in the course of the seminar he also held meetings with high military representatives of the armies from OSCE and NATO member states and partnering countries.

The event is a kind of OSCE forum for defense and security cooperation, which prompts mutual dialogue and exchange of positions and experiences between the high military representatives, in order to increase mutual understanding and raise confidence, as well as to secure a platform for political discussions of situations considered by some member states as alarming for the security.

The seminar, which is held periodically every five year, is chaired by the Netherlands, and it is held in accordance with chapter 2 of the Vienna document of 2011 in which OSCE member states are prompted to hold meetings of this type.

The seminar seen in this format, which is 7th since the foundation of OSCE, is attended for the first time by a Macedonian military delegation at this level.