President of the Republic of Macedonia and Commander in Chief H.E. PhD Gjorge Ivanov visits the servicemen of ARM at the south border 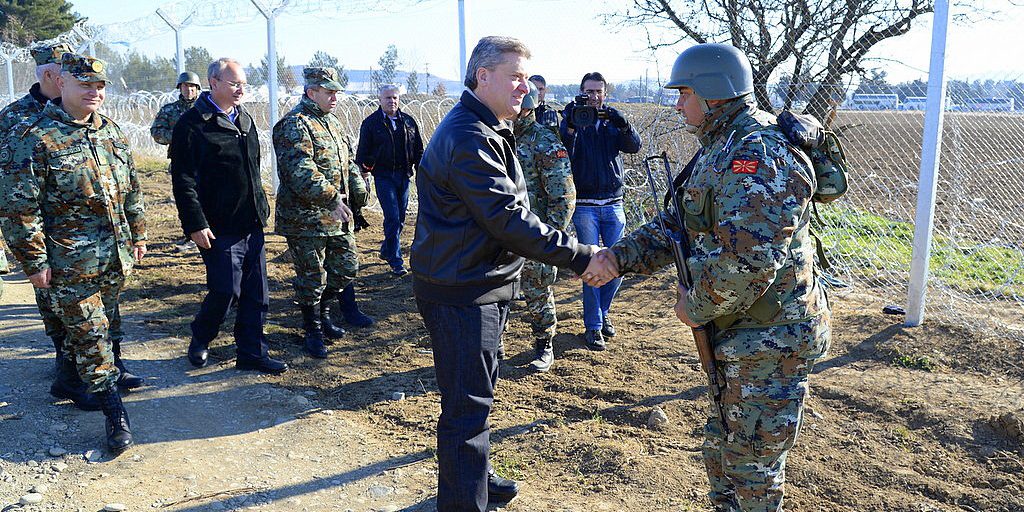 During today’s traditional visit on the first day of the new year President Ivanov congratulated the New Year to the servicemen engaged during the holidays.

In his statement for the media President Ivanov pointed out that „the General Staff should continue with the reforms and the Army should remain to be the institution that the citizens of the Republic of Macedonia trust the most.

At the same time he expressed his gratitude for the professionalism of the servicemen of ARM in executing the tasks and the readiness to face all challenges.

During the visit of the joint operations headquarters President Ivanov gifted a video projector and after the briefing on the situation at the south border the delegation joined the soldier for lunch.