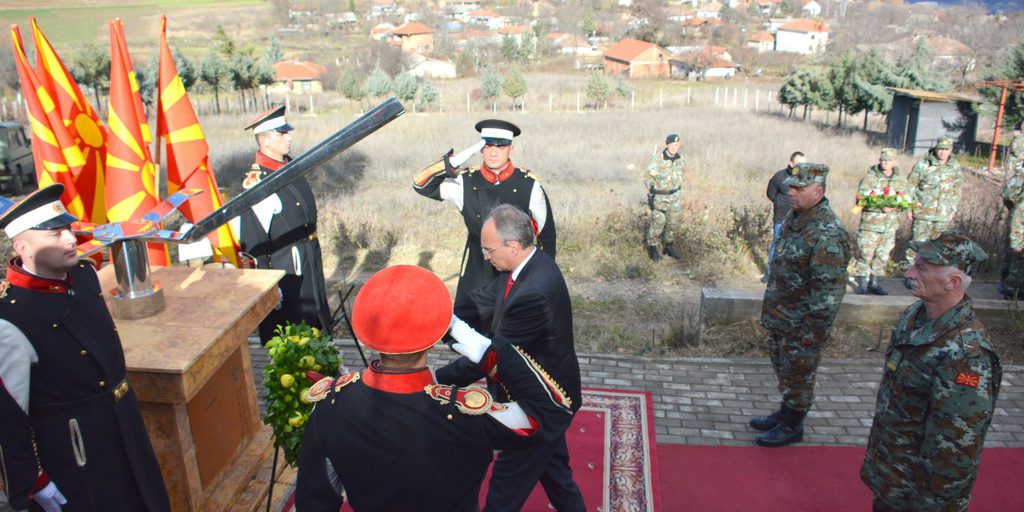 On the occasion of eight years since the helicopter crash, in which eleven members of the Air Force Brigade (AFBde) of ARM lost their lives, at the Memorial in Blace, Katlanovo, wreaths of fresh flowers were laid by the Minister of Defence Zoran Jolevski and the Deputy Chief of ARM General Staff Major General Muhamet Racaj. They were accompanied by delegations from the Ministry of Defence and the General Staff of ARM, the Cabinet of the President of the Republic of Macedonia, the Joint Operations Command, AFBde, 1st Mechanised Infantry Brigade, and the family members of the AFBde`s members who died in the crash.

Respect to the fallen soldiers was also given by delegations of the Joint Operations Command and the Air Force Brigade with one minute silence, and wreaths were also laid at the Memorial in front of the AFBde Command and in the barracks “Strasho Pindjur” in Petrovec.

Eight years since the army helicopter accident was also marked in Camp Butmir, Sarajevo, Bosnia and Hercegovina, where our peacekeepers were deployed as a part of the ALTEA mission.