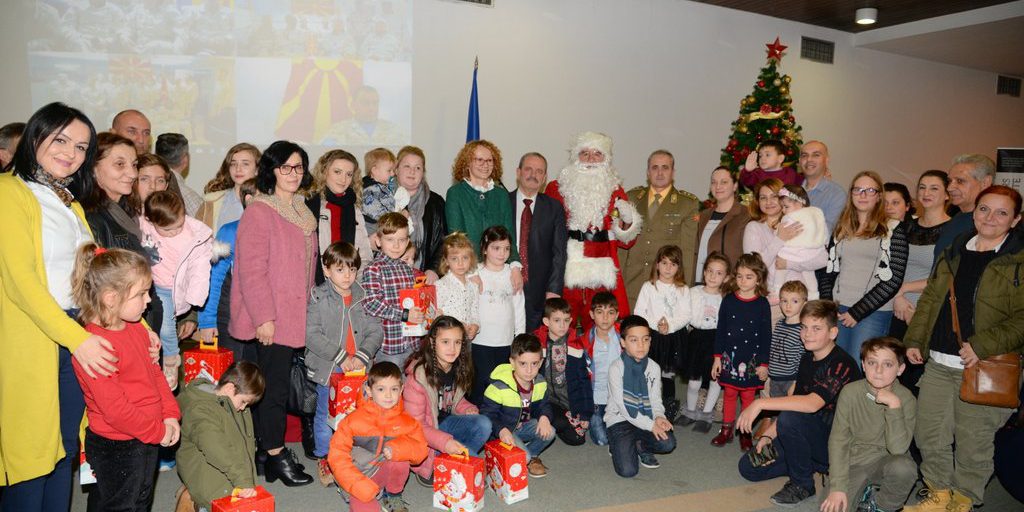 In the Army House in Skopje, a New Year’s reception was held for the families of the ARM members sent to the international peace support missions “Resolute Support”, “ALTEA” and “UNIFIL”.

At today’s reception, which was attended by the Minister of Defence, Radmila Shekerinska and the ARM Chief of General Staff Major General Vasko Gjurchinovski, New Year’s gifts were delivered to the children of the ARM members deployed in peace support missions outside the Republic of Macedonia.

In the framework of the ceremony, the Minister of Defence and the ARM Chief of General Staff addressed the peacekeepers through a video teleconference and sent greetings for the upcoming holidays with wishes for good health, success and prosperity in the New Year 2019.