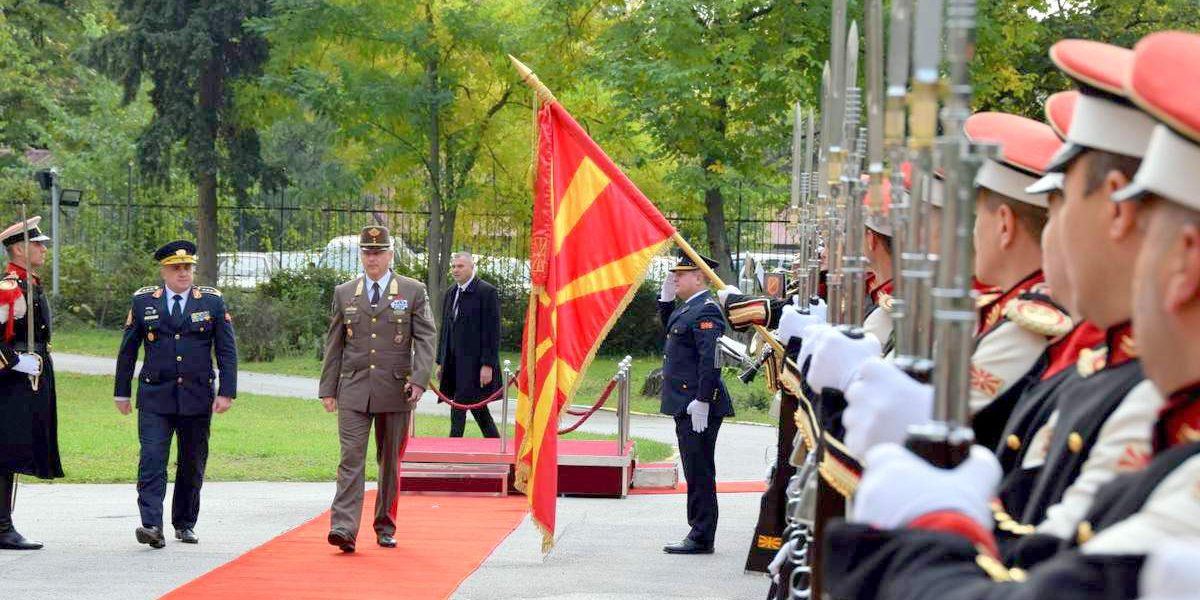 The Chief of General Staff (GS) of the Armed Forces (AF) of Hungary, Lieutenant General Romulusz Ruszin-Szendy, who is on a two-day official visit to the Army of the Republic of North Macedonia, visited the General Staff and the Ministry of Defense today.

After being welcomed with military honors by the Army Chief of General Staff, Lieutenant General Vasko Gjurchinovski, General Szendy held a meeting with his host and the Minister of Defense, Radmila Shekerinska.

At the meeting, Generals Gjurchinovski and Szendy discussed the possibilities for enhancing mutual military cooperation, as well as the exchange of the gained experiences, one of the objectives of the NATO alliance.

At the official meeting held at the General Staff the activities implemented in the transformation process of the Army of the Republic of North Macedonia, our contribution to peace support operations, experiences from the engagement in the current migrant crisis, the exercise and activities conducted at the ATA Krivolak were presented to the Hungarian military delegation by the competent officers.

During the talks, General Szendy emphasized the readiness to share the experiences of the Hungarian Armed Forces in assessments according to the NATO concept, as well as support in mentoring the training for the upcoming assessments of our units.

During the day, General Szendy will be received by the President of the Republic of North Macedonia and Commander-in-Chief of the Armed Forces, Stevo Pendarovski, after which he will visit the Special Forces Battalion in Ilinden Barracks, where part of the unit’s training will be presented.