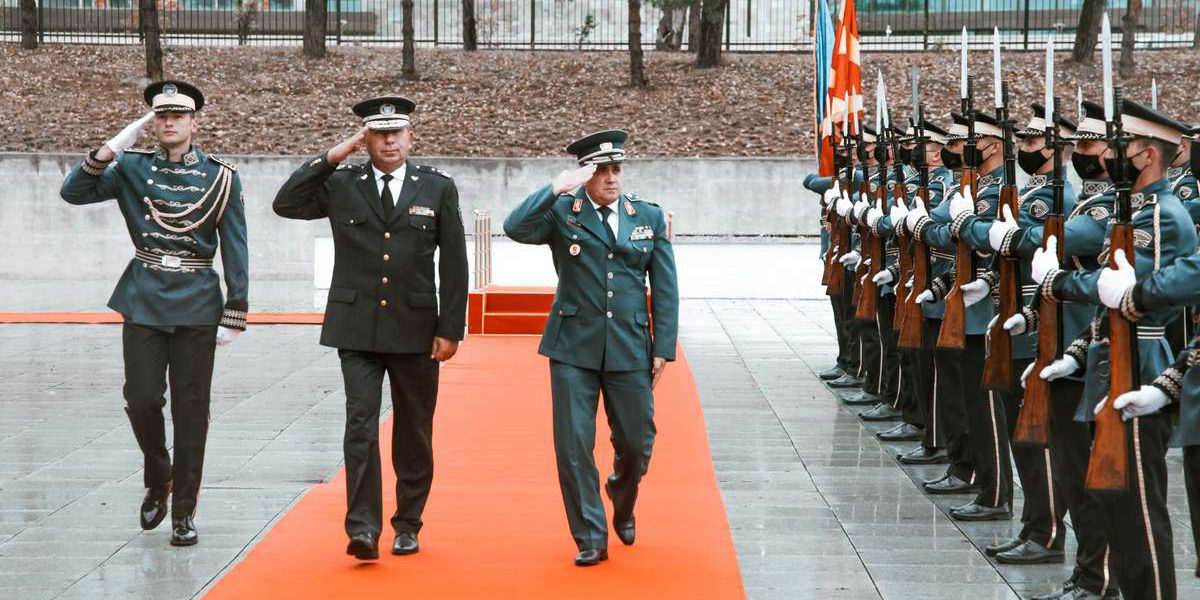 The Chief of the GS, Lieutenant General Vasko Gjurchinovski, who is in a two-day working visit to Kosovo, is in Prishtina today visiting the Ministry and the Command of the Kosovo Security Forces (KSF).

Mutual military cooperation between the Army of the Republic of North Macedonia and Kosovo Security Forces, especially in the field of military education, training and exercises was discussed at these meetings.

The official defense cooperation framework with KSF was established with signing the Memorandum of Understanding on Defense Cooperation in 2010. Since then many projects have been realized, like media-training course, use of ATA ‘Krivolak’, military-medical training at the Battalion for military medical support, as well as educating cadets from Kosovo at the military Academy ‘General Mihailo Apostolski’ – Skopje.