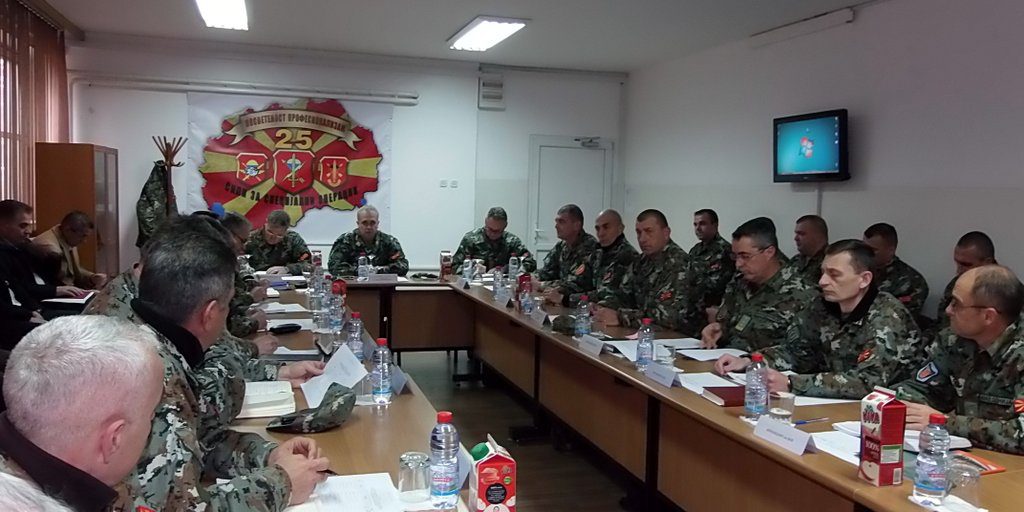 According to the Work Plan of the GS of ARM, the Chief of GS of ARM Major General Vasko Gjurchinovski and the heads of sections at the General Staff listened to the reports given by the Commanders of the subordinate commands and units of the GS of ARM about the status of the combat readiness of the ARM units in 2018.

At the annual report event, held at the Special Operations Regiment in the military barracks Ilinden, there were also some of the heads of MOD departments. They all listened to the Commanders who reported about their planned and completed activities, their training and other segments of their work which is connected to the ARM combat readiness.

The Commanders of the subordinate units reported about the situation in their units including, the personnel management, armed forces protection, operations, training, military exercises, logistics, signals and communications, budgeting, and civil-military cooperation. The report included achieved planned assignments, accomplishments in training, working conditions and lessons learned in peace support operations.

At the end of the report, the Chief of GS of ARM came to a conclusion based on the presented reports and gave recommendations for planned activities in 2019.