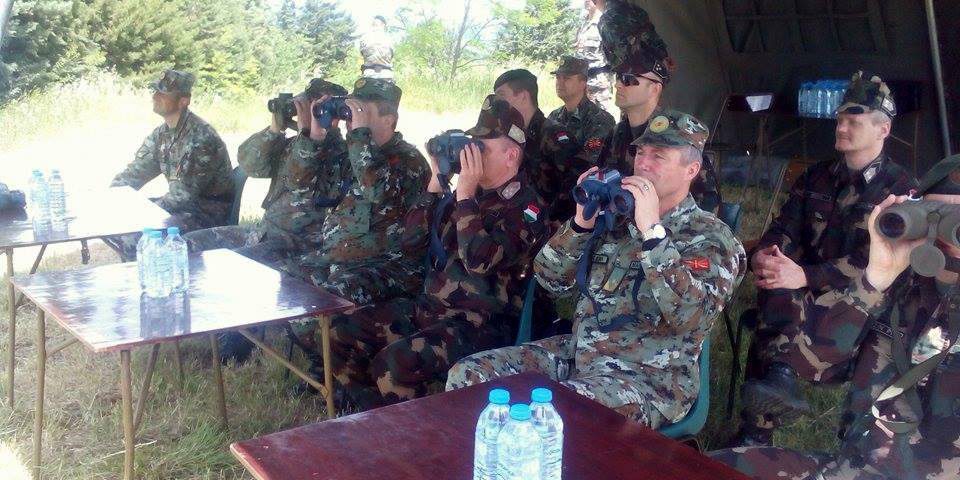 A delegation of the Armed Forces (AF) of Hungary led by General Tibor Benko, accompanied by ARM Chief of Staff Lieutenant General Metodija Velickovski visited the watchtower “Bogorodica” and was familiarized with the current situation on the southern border, related to the migrant crisis.

The activities that ARM conducts for fortified and continuous securing of southern and northern border were presented to the delegation.

“The way in which ARM carries out activities in dealing with the threats and risks posed by migrant crisis, especially in the prevention of illegal crossings and uncontrolled movement by migrants are of great importance not only to the security of the Republic of Macedonia but the European Union”, concluded the members of delegation during their visit to the southern border of the country.

The delegation previously visited the Military Training Area “Krivolak” where they were familiarized with the opportunities for conducting specialized military training. The members of the special operations regiment conducted tactical demonstration exercise in the facilities for training in urban environment.

At the end of the two-day visit the generals Velickovski and Benko highlighted the need for coordinating actions, sharing experiences and lessons learned among the partner armies to achieve common goals when dealing with challenges of the migrant crisis, as well as continual exchange of experiences, which is one of the goals of NATO military alliance.