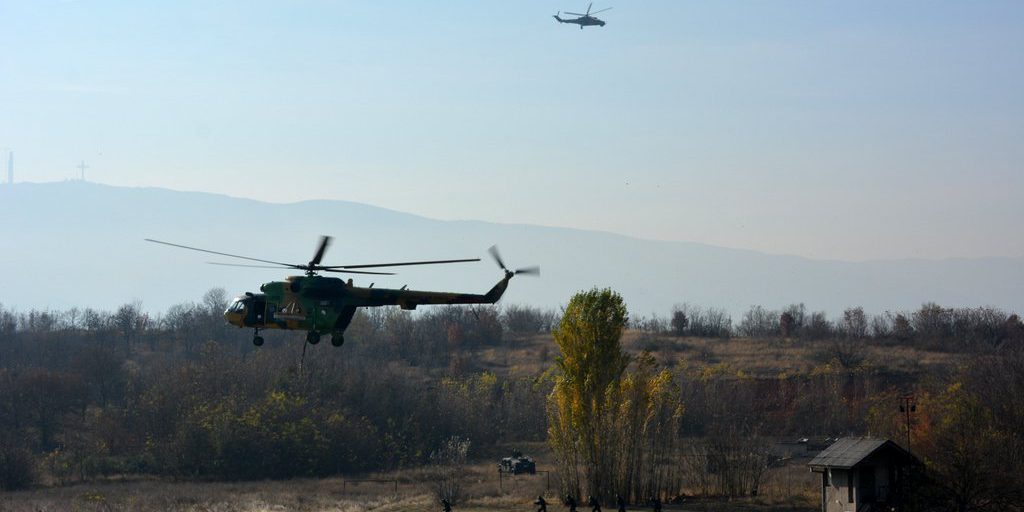 Today, as part of visit of the NATO Military Committee, the military representatives of this superior body visited the “Ilinden” barracks in Skopje, where they were introduced to the capacities and combat readiness of some of the declared units of the ARM.

The visit of the senior military officials was led by the Deputy Chairman of the NATO Military Committee, Lieutenant General Steven Shepro. The members of the declared units from the Special Operations Regiment, the Helicopter Detachment, the Military Police and the Engineers’ platoon demonstrated the required level of interoperability and readiness of the declared units to participate in NATO-led missions through the demonstration exercises: Dynamic Intrusion in a Building, Securing a High Military Leader, Destroying an Improvised Explosive Device, Ambush and Breaking into a Facility and Release of a Hostage.

The visit ended with a tactical technical exhibition, where part of the equipment used by the members of the Special Operations Regiment and the Joint Operations Command was exposed.