Logistics Support Brigade Marked the Day of the Unit 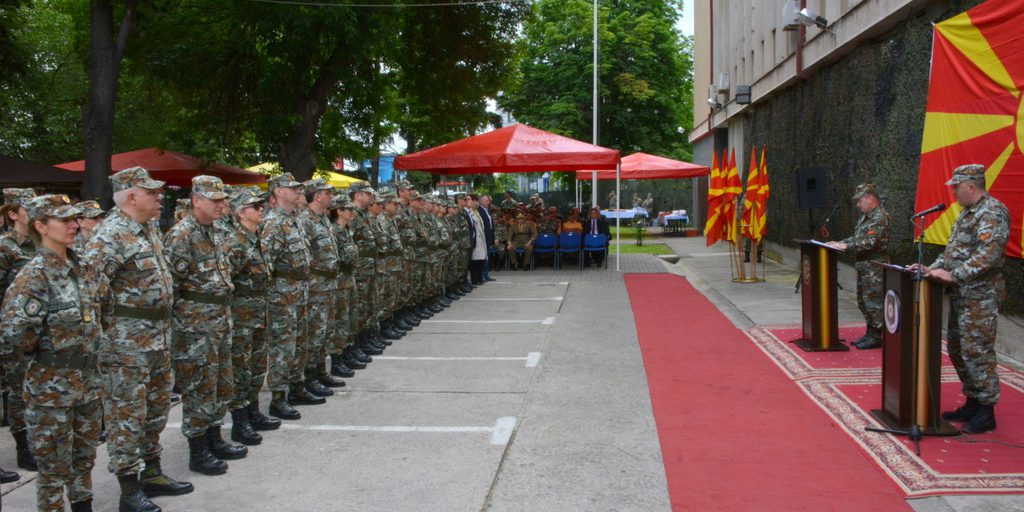 With a military ceremony the command of the Logistics Support Brigade (LSbde) marked the day of the unit.

In accordance with the military protocol, besides the historical overview of the day of the unit, commander of the Joint Operational Command (JOC) and deputy commander of the LSbde addressed the present audience.

The ceremony was attended by: Deputy Chief of ARM GS, Major General Muhamed Racaj; Commander of the Joint Operational Command, Major General Vasko Gjurchinovski; representatives from the MoD and the ARM GS; commanders of ARM commands and units; former commanders and other guests.

Commander of the JOC, Major General Vasko Gjurchinovski, congratulating the members of the LSbde on their day of the unit paid tribute to the provided combat-service support to ARM units, and instructed them to solve problems with solutions fulfilling the goals and the idea of the superior.

Deputy Commander of the LSbde, Lieutenant Colonel Cvetko Janevski, in his address highlighted the role of the LSbde in fulfilling logistics tasks, especially during ARM engagement in dealing with the challenges of the migrant crisis in conditions of limited resources.

The historical overview given by the Military museum director, Aleksandar Stojchev, emphasized the significance and the connection of Razlovtzi uprising for the Macedonian military logistics, because for the first time there was independent procurement of weapons, military equipment, ammunition, medical supplies, food and clothes, marking the beginnings of military logistics.

The Logistics Support Command is the highest logistic unit in the ARM, whose main mission is planning, organizing, coordinating and providing logistics support to the ARM commands and units.