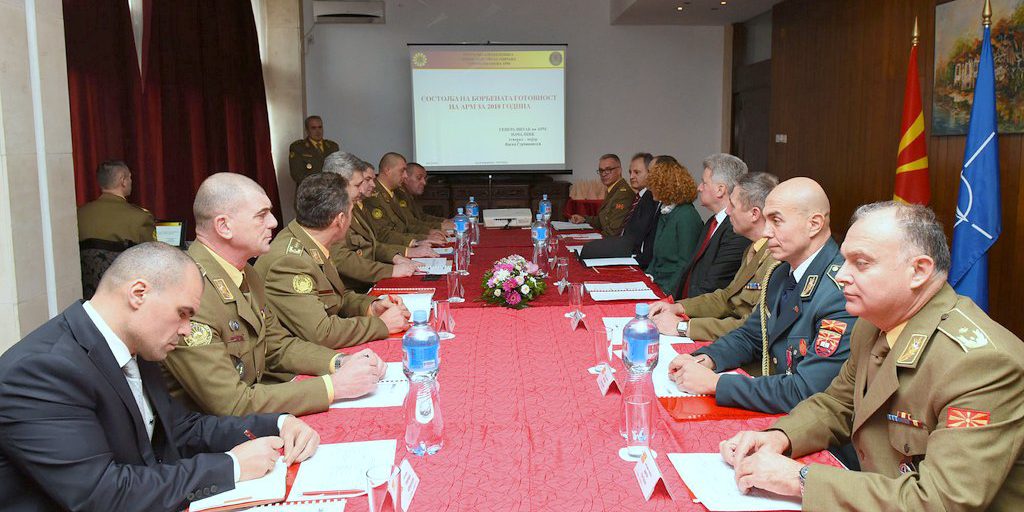 President Gjorge Ivanov was informed about the realized plans and tasks in 2018, about the functional areas in the ARM: personnel management and moral, operations, training and exercises, logistics, planning, communications, budget and civilian-military cooperation.

General Gjurchinovski pointed out the more important activities in 2018, as well as the problems the ARM was facing with, and also it was indicated that due to the hard work by the personnel, all planned tasks have been realized.

The briefing on combat readiness is an annual duty of the Chief of General Staff of ARM to the President of the Republic of Macedonia and Commander-in-Chief of the Armed Forces for reporting on the combat readiness of the ARM.