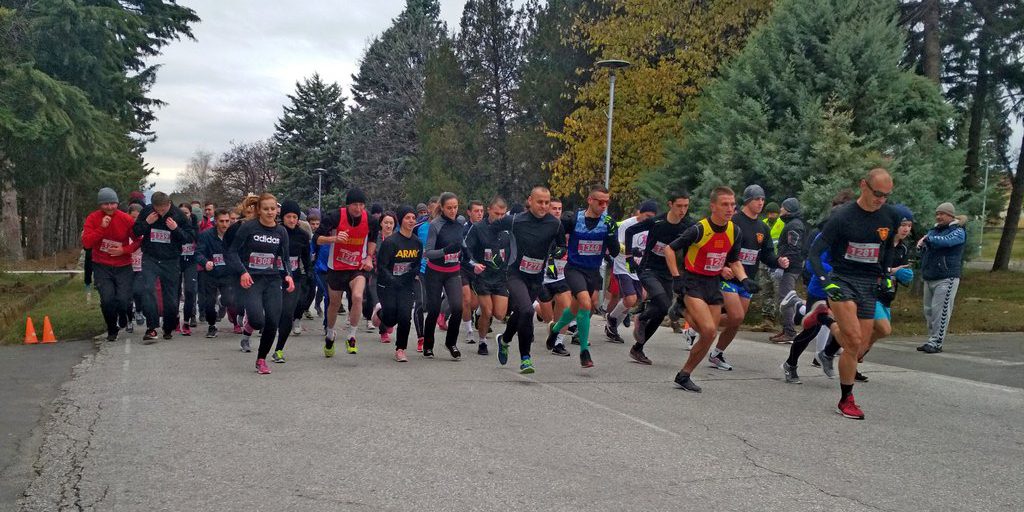 Organized by the ARM General Staff, “11th Army Cross Country Running Championship” was held in “Ilinden” barracks in Skopje. The length of track was 10 km for men and 5 km for women.

At the opening, the ARM Deputy Chief of General Staff, Major General Azim Nuredin, emphasized the importance of sport and physical fitness for the health and successful performance of the tasks in the military profession.

In his address, the Deputy Commander of the Special Operations Regiment (SOR), Colonel Sasko Lafchiski, expressed his satisfaction that this year, apart from ARM members, representatives from the Macedonian Athletic Federation were also participating, at the same time he wished all participants to improve their results.

The winner of this year’s cross-country men’s competition on the 10 km track was professional soldier Milosh Ranchikj, the second place was professional soldier Trajche Ilievski and the third place was Major Igor Jakimovski. In women’s competition on the 5 km track, the best ranking was Lieutenant Juliana Apostoloska, the second place was won by Staff Sergeant 1st Class Marija Pelikon and the third place by Cadet Blagica Stefanovska.

After the competition, the most successful individuals and teams were awarded medals and trophies.

Army members have repeatedly affirmed the army, both at home and internationally, with their respectable achievements in sports.