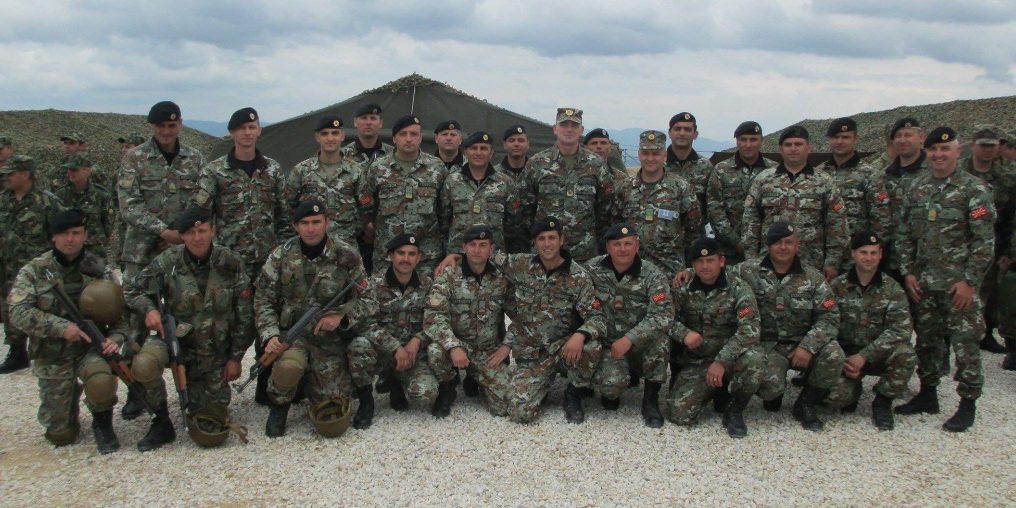 The aim of the exercise was to drill the police units in carrying out their mission and tasks. As part of the exercise, more common topics were covered, among which were: use of non-lethal weapons, crowd control, combat-service support, patrolling and other.

As part of the exercise, an ARM delegation led by Brigadier General Pavle Arsoski attended the day for high official guests.

Once again, at this exercise, ARM members confirmed they are well trained and capable of carrying out the mission.