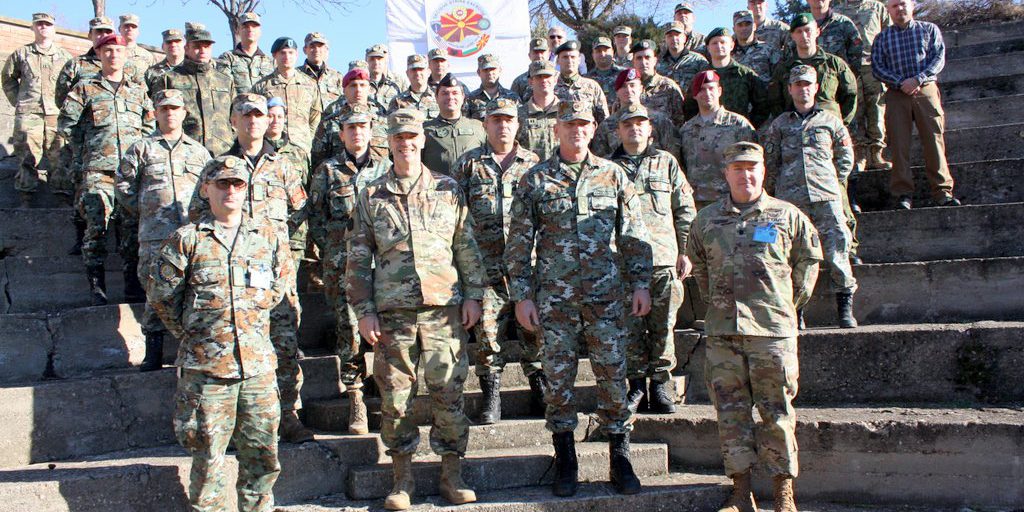 Within the frameworks of the main planning conference (MPC) for the exercise “Decisive Strike” held from 10th to 14th December, 2018, today, the Commander of the The Joint Operations Command, Major General Pavle Arsoski and the Deputy Commanding General of U.S. Army Europe (USAREUR), Major General John Gronski visited the training camp “Pepelishte”.

During the visit, the two generals were greeted by the exercise director Lieutenant Colonel Igor Manasovski who introduced them to the planning activities at the main planning conference, the capacities of TA Krivolak, as well as the obligations and responsibilities that will follow in the upcoming period. At the briefing the exercise Director presented the plan for the activities of the exercise prepared by representatives of the Army of the Republic of Macedonia, the Armed Forces of the United States, Albania, Bulgaria, Montenegro and Lithuania.

The upcoming exercise is so far the largest international exercise in the Republic of Macedonia, part of the United States European Command exercises, and it will be led by the U.S. Army in Europe.