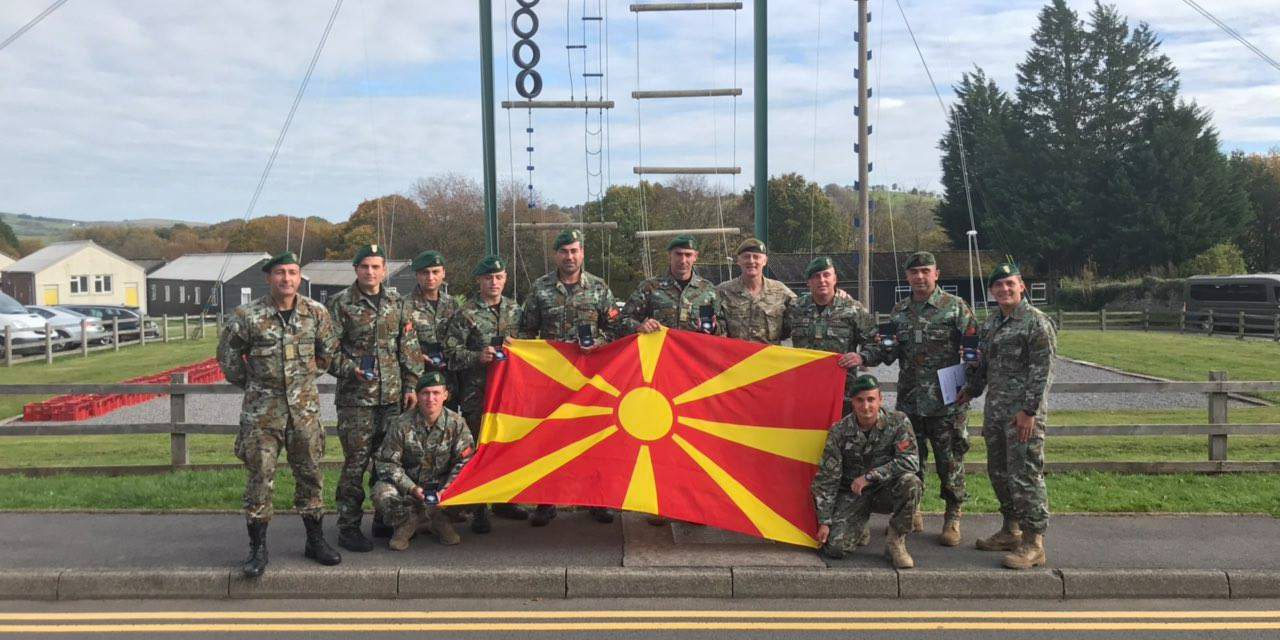 At the exercise “Cambrian Patrol 2018” in the United Kingdom, which has a competitive character, the team of Ranger Battalion from the Special Operations Regiment won the second place silver medal, and proved their interoperability and willingness to work equally with their colleagues of the world’s armies.

In an army contest which is considered among the world’s toughest and tested the best and the most sustainable, in the competition of 137 army teams, made up of the host country and 37 international, our team composed of 10 Ranger Battalion members participated for the first time. This superb military competition takes place on a very difficult field configuration and climatic conditions, and the team has managed to fit into the history of the ARM.

At the competition in several stages, the ranger team passed the 60 kilometers route in full-scale combat equipment carrying out tasks from given scenarios such as: procedures with casualties, gathering reconnaissance information, finding improvised explosive devices, chemical attack and many other military procedures for each of which points are obtained.

The announcement of the best and the awarding of the silver medal in the presence of the ranger battalion commander, Lieutenant Colonel Blerim Ismaili, confirmed the maximum commitment of the members of the Army of the Republic of Macedonia in its international affirmation.