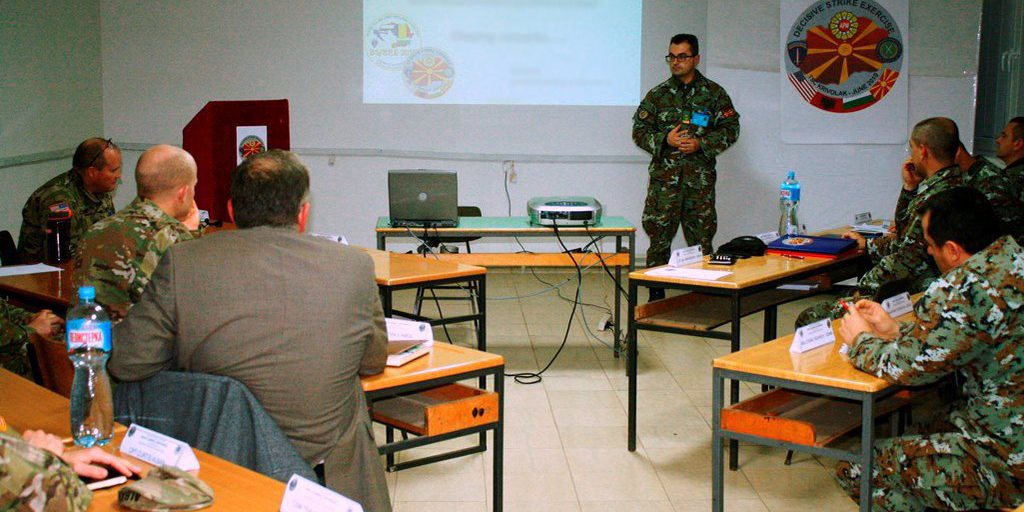 In the period from 10th to14th December 2018, the main planning conference (MPC) for the “Decisive Strike” exercise was held at the training area (TA) “Pepelishte”.

Besides the representatives of the Army of the Republic of Macedonia representatives from the Armed Forces of the United States, Bulgaria, Montenegro and Lithuania took part in the MPK for the “Decisive Strike” exercise

During the conference, the following activities were realized: EXPLAN was finalized, the modules of the script were developed, the list of staff was prepared (EXCON, EXCEN, HICON) and the units, a communication plan was defined, a VIPs program was planned for media coverage of the important events), defining real logistical support as well as reconnaissance by defining the necessary logistic capacities during the exercise and finalizing the documents for the protection of forces.

At the end of the MPC Lieutenant-General Igor Manasovski, the director of the exercise also signed the agreement for the support of the training with the US Army in Europe.