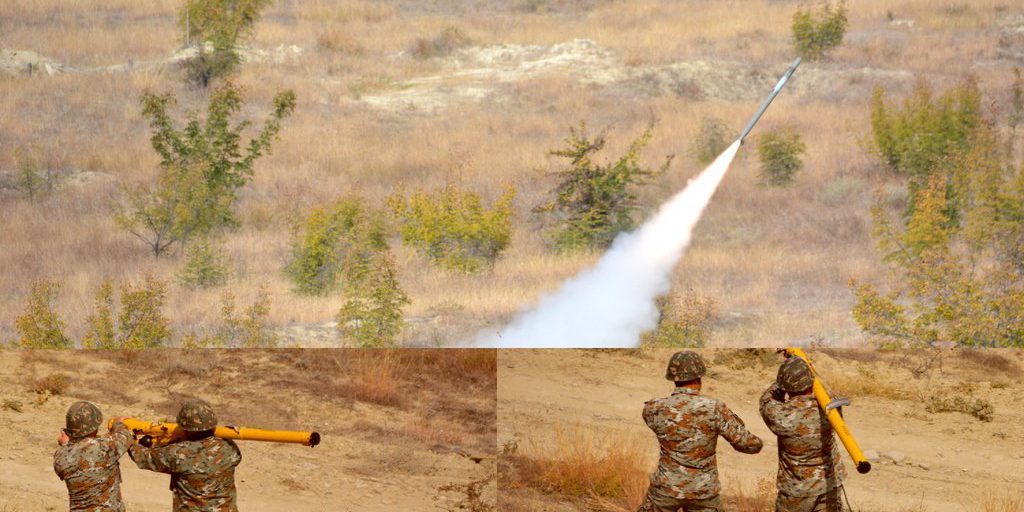 Today’s Day of the Distinguished Guests is part of the bilateral military exercise “Challenge 2018”. The ARM servicemen and the Armed Forces of Slovenia take part in the exercise which has been going on since the 28th of September at the TA (Training Area) “Krivolak”.

After having joint activities for a few days within the eighth military exercise “Challenge”, the participants had live fire engaging of air targets with Man-portable air defense systems (MANPADS) “Igla S” and live fire engaging of ground targets with Slovenian „Pilatus PC-9M“ training aircrafts. The results of these live fire exercises successfully rounded up the end of the military exercise conducted by both armies.

ARM Deputy Chief of GS Major General Azim Nuredin congratulated the participants for their hard and successful work at the exercise, including well conducted tactical exercise and precise engaging of air and ground targets, which has come as a result of long joint military cooperation.

The participants of the military exercise included: Air Force and Air Defence units of the Armed Forces of Slovenia, Air Force Brigade of the ARM, and for exercise support, the 1st Mechanized Infantry Brigade, Logistics Brigade and the Military Police Battalion.

The military exercise “Challenge 2018” at the TA “Krivolak” was jointly conducted by ARM servicemen and Slovenian Armed Forces, which contributed to the interoperability of ARM servicemen from the Air Defence Battalion with air defence NATO standards. The joint activities at this exercise strengthen the bilateral military cooperation and promote Training Area “Krivolak” to NATO member countries for conducting this type of activities.