You are here:
CIVIL-MILITARY COOPERATION 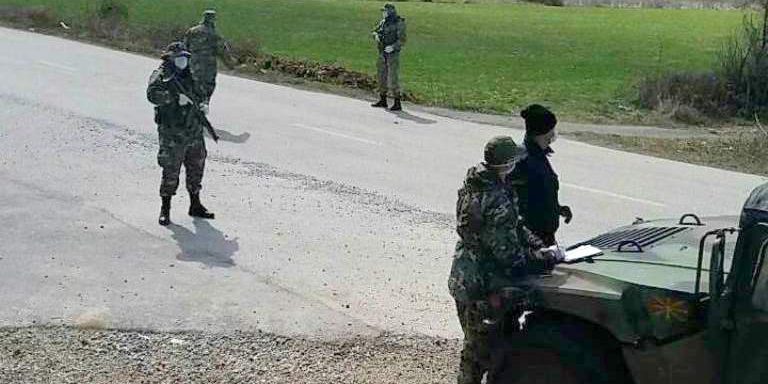 Based on the decision of the President of the Republic of North Macedonia and Supreme Commander of the Army, Stevo Pendarovski following the Government’s decision to declare a crisis situation in municipalities of Debar and Centar Zhupa and to implement measures for preventing coronavirus spread, the Army of the Republic of North Macedonia is involved in supporting the local self-government units in accordance with its mission of supporting the population in the event of major illnesses outbreaks and epidemics.

Following the instructions for the preparation of units in the zone of responsibility that includes the crisis regions, on March 14, 2020, units of the Third Infantry Battalion of the 1st Brigade were deployed to the crisis region from Tetovo barracks in the presence of top military leadership. After disinfection of the accommodation and work premises they were instantly involved in the execution of assignments.

The specific measures, the manner of deployment and utilization of the required resources are executed on the basis of the requirements and operational plans of the Crisis Headquarters in full coordination and cooperation with all relevant institutions involved in this measure.